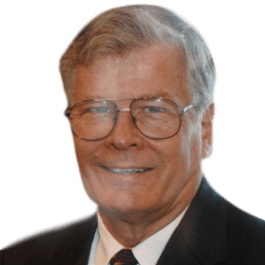 "The essence of america - that which really unites us - is not ethnicity, or nationality or religion - it is an idea - and what an idea it is: that you can come from humble circumstances and do great things. that it doesn't matter where you came from but where you are going."

Born in Germany, the year after the end of World War II, Rudi H Gresham is familiar with the heartache of a country savaged by war. The hope and opportunity offered by America became a reality in his young life when he arrived in the United States at the age of 12 as the adopted son of a U.S. GI.   Rudi grew up quickly on base in Myrtle Beach where he learned English and excelled in his studies, keenly aware of the possibilities that come to those who are willing to work hard and pursue their dream in America.

Rudi joined the Army after graduating high school marking the start of a lifetime of service to his country.  He served for three years in active service and continued his service in the Reserve Army. During the remainder of his career, he served wherever called, including the Special Forces Association and as a Presidential Appointee for three Presidents.

Rudi pursued his studies while working full-time by attending evening classes, graduating college with a BS in Chemistry from the University of Maryland.

As an entrepreneur and businessman, Rudi successfully owned and sold radio stations, real estate and businesses throughout Florida and South Carolina all the while raising a family and serving his country.

As a father and grandfather, Rudi Gresham served to ensure a better tomorrow for his children and grandchildren.